Medical-marijuana patients and providers, as well as the attorneys who argue on their behalf, haven't always found the courts to be in their corner.

Medical-marijuana patients and providers, as well as the attorneys who argue on their behalf, haven't always found the courts to be in their corner. Witness the controversial ruling in the Stacy Clendenin case, which caused the Board of Health to alter its definition of caregiver - at least until a Denver District Court judge tossed out the change.

Nonetheless, lawyers Bob Hogan and Rob Corry, representing four patients and two caregivers, hope to jump back into the trial fire in regard to a lawsuit they'll formally announce at 11 a.m. this morning. The target? The city of Centennial, which closed a medical-marijuana dispensary called CannaMart. They'll argue that municipalities like Centennial "are prohibited from imposing land use restrictions on local businesses when such restrictions infringe upon rights upheld by the state Constitution as 'matters of statewide concern.'"

For a more detailed look at their argument, look below:

Centennial, Colo. - For the first time in state history, a coalition of medical marijuana patients, together with their caregivers, will sue a municipal government to reopen a medical marijuana wellness center. The Centennial-based CannaMart was shuttered last month after city officials banned Medical Marijuana dispensaries within city limits.

Four seriously-ill medical marijuana patients, together with their two caregivers, allege that the City of Centennial violated Colorado's Constitution and relevant land use statutes when it forced CannaMart to shut down its operations on October 19.

The coalition's attorneys, Bob Hoban and Jessica Corry of Hoban & Feola, LLC, and Robert J. Corry, Jr., rely on well established Colorado case law to argue that home rule municipalities, including Centennial, are prohibited from imposing land use restrictions on local businesses when such restrictions infringe upon rights upheld by the state Constitution as "matters of statewide concern."

Medical marijuana has been legal in Colorado since 2000, when a majority of voters approved a constitutional amendment allowing individuals suffering from debilitating medical conditions to legally consume and purchase marijuana. The amendment also legalized the sale, distribution, storage, transportation, production, and cultivation of the medicine by caregivers.

WHAT: Medical marijuana caregivers and patients, together with their attorneys, will speak about their lawsuit to open Centennial to Medical Marijuana.

WHERE: Arapahoe County District Court, 7325 S. Potomac St., Centennial, CO, in the courtyard by the flagpoles.

"While Centennial may not like the idea of medical marijuana caregivers providing services to patients within city limits, Colorado law is clear: the city lacks the legal authority to restrict the rights of caregivers and patients in such a way," said Hoban.

"The City of Centennial cannot amend the Colorado Constitution and cannot override Colorado's voters. Sick people have a constitutional right to Medical Marijuana, and we hope this lawsuit will ease human suffering and bring Centennial into compliance with the constitution." added Robert J. Corry, Jr.

Cannabis Glossary. All the Terms You Need to Know

Discover all the cannabis terms you need for dispensary shopping.

Flavonoids in Cannabis. What Do They Do and How Do They Work?

Most of you have heard about strain types, cannabinoids, and terpenes, but flavonoids have been somewhat overlooked.

We offer high quality, pesticide free product from plants that are handled almost exclusively by hand.

Today we are looking at another Silver Stem creation that has earned a spot among our patrons’ favorites - the Snowcone strain.

Legal Cannabis to Bring $92 Billion into US Economy in 2021

It’s no secret that the cannabis industry is bringing in all kinds of money for the industry, but now, there are official numbers backing it up.

New research has shown for the first time how long cannabis users are likely to be impaired and when it may be safe for them to drive.

We continue with our Terpene Series and today we are looking into the details of a rather rare terpene - Ocimene.

Pride Month 2021: What to Know About the Celebration

June is a month of pride when the world's LGBTQ communities come together and celebrate the freedom to be themselves.

Gov. Jared Polis signed a bill into law that increases the amount of cannabis adults can legally possess in Colorado from one ounce to two ounces.

There is a lot of confusion surrounding the terms “rec” and “med” and today we will try to explain the difference focusing on Colorado. 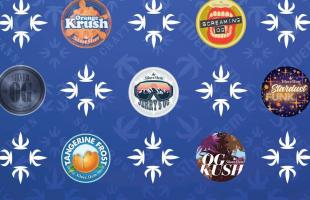 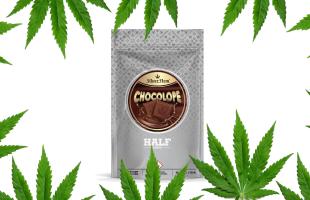 Get a 10% discount every Tuesday on your entire online purchase.

Permanent discount for military and veterans

Daily and Regular Discounts in Oregon

Enjoy these select strains at a special price