Earlier today, we told you about a lawsuit aimed at Centennial for closing CannaMart, a medical-marijuana dispensary, in mid-October.

Attorney: This Is A Victory For The State Constitution

Earlier today, we told you about a lawsuit aimed at Centennial for closing CannaMart, a medical-marijuana dispensary, in mid-October. According to Bob Hoban, one of two attorneys representing the patients and caregivers bringing the suit, a ruling in the case could turn out to be precedent-setting -- not that such an outcome is his goal.

"This isn't something we're looking at as a test case, something to throw against the wall to see if it sticks," he says. "It's something where we believe the court is almost compelled to come down on our side because of the constitutional issues at stake."

Although the CannaMart matter is unique to Colorado, Hoban notes that similar issues have cropped up in California. However, he continues, "those cases haven't been decided on the grounds of zoning or land use" -- areas in which he specializes.

Another difference: "Colorado's medical-marijuana law is constitutional, and those constitutional rights extend to property interests -- not just the actual property these people leased for a number of years, but there's a vested property right from the amendment in the possession of marijuana and anything that's tangentially related to the supply of medical marijuana."

These are hardly the only topics of contention.

Secondly, "the closure order was issued without any due process whatsoever. A cease-and-decist order was sent four to six weeks after the dispensary opened that said, 'Shut down,' despite the fact that the business had been issued a business license/sales-tax license by the City of Centennial."

Moreover, Hoban continues, "the city is expected to rely on home-rule power -- but they've waived that power by making this a matter of state or federal concern by relying on federal law."

And finally, "You can't ban an otherwise lawful use in a city entirely. This goes back to a number of strip-club cases and head-shop-type cases, where you do have to provide a place for those types of businesses to exist. You can't jut ban them entirely -- especially in this case, where you're talking about a constitutional right. That's going to be looked on by the court with pretty high scrutiny."

In Hoban's view, "It doesn't matter whether the politics in a city lean to the left or to the right. This is a constitutional right, and you're talking about patients. So if you're thinking this is about something other than supplying medical marijuana to patients, you're missing the boat. And I think that's what the city is doing."

That doesn't mean Hoban regards all attempts at regulating medical-marijuana businesses to be unconstitutional. "Ultimately, cities are free to place restrictions on where these businesses can operate," he concedes. "But a total ban is clearly in excess of the city's powers under home rule, the constitution and state law." 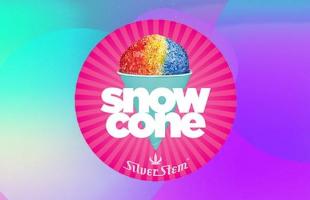