They have been quietly bankrolling the opposition to legal marijuana, raising questions about threats to market share.

Marijuana legalization will unleash misery on Arizona, according to a wave of television ads that started rolling out across the state last month. Replete with ominous music, the advertisements feature lawmakers and teachers who paint a bleak future for Arizona’s children if voters approve Proposition 205, a measure that would allow people aged 21 and over to possess an ounce of pot and grow up to six plants for recreational use.

“Colorado schools were promised millions in new revenues” when the state approved recreational pot use, says the voiceover in one ad. Instead, schoolchildren were plagued by “marijuana edibles that look like candy”.

As Election Day approaches, the ads will continue, but the surprise lies in who is backing them. In August, the pharmaceutical company Insys Therapeutics also cited concerns for child safety when, with a $500,000 contribution, it became the largest donor to Arizona’s anti-legalization drive. But their stated concerns have raised a few eyebrows across the state. Insys manufactures Subsys, a prescription painkiller derived from fentanyl, the synthetic opioid that is up to 100 times more powerful than morphine.

And although child safety is a legitimate concern as states legalize cannabis – in Colorado, child emergency room visits for marijuana intoxication have increased to 2.3 per 100,000 kids aged 10 and under since legalization in 2014, up from from 1.2 per 100,000 kids before that – accidental ingestion of pharmaceuticals sends about 318 per 100,000 kids aged five years and under to the emergency room, according to government figures. The frequency of hospital visits from kids accidentally taking narcotic painkillers have increased 225% between 2004 and 2011, the US Department of Health and Human Services said.

Instead, critics say, the Insys contribution in Arizona is a ploy to protect market share. And it mirrors other large donations to anti-marijuana campaigns by pharmaceutical and alcohol companies that fear the growing clout of legal marijuana. In November, five states – Arizona, Massachusetts, Maine, Nevada and California – could join four others that have already legalized recreational cannabis. Currently, 25 states permit the plant’s medicinal use. They represent a national marijuana market that will top $6.7bn in sales this year, according to the research firm ArcView Group, and $20bn annually by 2020.

“We’ve definitely seen a more active opposition from the pharma industry,” said Amanda Reiman, manager of marijuana law and policy at the Drug Policy Alliance, an advocacy group that promotes drug reform. “Research conducted by myself and others shows that medical cannabis patients are substituting cannabis for pharmaceuticals at a very high rate, and for alcohol at a pretty high rate as well.”

Indeed, alcohol and pharma groups have been quietly backing anti-marijuana efforts across the country. Besides Insys, the Arizona Wine and Spirits Wholesale Association gave one of the largest donations to the state’s anti-legalization campaign when it paid $10,000 to Arizonans for Responsible Drug Policy. And the Beer Distributors PAC recently donated $25,000 to the Campaign for a Safe and Healthy Massachusetts, making it the state’s third-largest backer of the opposition to recreational cannabis.

Purdue Pharma and Abbott Laboratories, makers of the painkiller OxyContin and Vicodin, respectively, are among the largest contributors to the Anti-Drug Coalition of America, according to a report in the Nation. And the Pharmaceutical Research and Manufacturers of America, considered one of marijuana’s biggest opponents, spent nearly $19m on lobbying in 2015.

The plant’s threat to the alcohol industry is difficult to chart. Some researchers claim consumers substitute alcohol with marijuana when the plant is legalized. But in Colorado, which legalized recreational marijuana in 2014, that scenario has not played out. Alcohol sales there have increased since cannabis legalization, according to state tax data. And despite the alcohol industry’s opposition to cannabis in Massachusetts and Arizona, in neighboring Nevada the alcohol industry is among the biggest donors to the pro-legalization drive. It has given nearly $88,000 to the pro-legalization campaign, according to the Center for Public Integrity. That’s because approval of Nevada’s initiative would hand alcohol distributors the sole right to sell cannabis for the first 18 months.

For big pharma, however, an expanding amount of data explains their fears. Opiate overdoses dropped by roughly 25% in states that have legalized medical marijuana compared to states that have prohibited sales of the plant, according to a 2014 study from the Journal of the American Medical Association. The study implies that people could be using medical marijuana to treat their pain rather than opioid painkillers, or they’re taking lower doses. And research published this year by the University of Georgia shows that Medicare prescriptions for drugs used to treat chronic pain and anxiety dropped in states that have legalized medical marijuana. Medicare saved roughly $165m in 2013, according to the study, which estimated that expenditures for Medicare Part D, the portion of the government-funded health insurance program that subsidizes prescription drug costs, would drop by $470m annually if medical marijuana were legalized nationally.

Combine this data with the growing cost of prescription drugs – brand-name drug prices have increased 127% since 2008, according to the pharmacy benefit management company Express Scripts – and an opioid epidemic that is the leading cause of accidental deaths in the US, and it’s easy to understand why pharmaceutical companies are closely monitoring cannabis legalization.

But they might be fighting a losing battle. In Colorado alone, marijuana sales reached $996m in 2015 and raked in $135m in tax revenue. Towns have earmarked the money for road improvements, recreation centers and scholarships for low-income students. With that much money in play, investors and special interest groups have begun to flex their muscles. Pro-pot lobbyists in Denver now battle on equal footing with their counterparts in the pharmaceutical and alcohol industries.

“Their [marijuana] lobby has grown quite a bit, and they have become increasingly sophisticated,” said Colorado state senator Pat Steadman, who was heavily involved in the implementation of Amendment 64, the measure that legalized recreational marijuana in 2014. “They’re investing more money in government relations, elections, marketing and public relations.”

And pro-pot political action committees such as the National Organization for the Reform of Marijuana Laws (NORML) PAC and the Marijuana Policy Project (MPP) PAC are putting these resources into action by supporting state and federal candidates who are committed to legalizing medical marijuana and regulating recreational cannabis like they do alcohol. That includes California, where the lobbying arm of the Drug Policy Alliance, a group that works to change drug laws, has backed November’s recreational legalization measure with $4.47m, according to government records.

Legalization proponents in California have raised nearly $18m, compared to the opposition’s $250,000 in fundraising. In a sign of broad approval – and likely passage, according to polls – Lieutenant Governor Gavin Newsom, the California Democratic Party and the American Civil Liberties Union (ACLU) of California all back the measure. If approved, Proposition 64 would result in $1.4bn in annual revenues within the first year alone, according to legislative analysts, which is expected to balloon to $6.5bn by 2020. In other words, legalization in the Golden State – with its 39 million residents and the world’s sixth largest economy – would triple the size of the country’s legal cannabis market.

“Given California’s size, given its history as the source of legal and illegal marijuana for California and much of the nation, the fact that it’s coming online changes the equation significantly,” said Sam Kamin, a professor of marijuana law and policy at the University of Denver.

“It makes it harder for federal prohibition to continue, and I think it accelerates a push for legislative change at the federal level.”

The article was originally published by Guardian.

Besides climate politics, digitalization and a higher minimum wage, the coalition has agreed on one fringe issue Chancellor Angela Merkel’s party has blocked for years.

How Does it Feel to Be High on Cannabis? How It Works and How Long it Lasts

Everyone heard about cannabis and being “high” but many people have not tried it.

Let us take a look at one of the lesser known but nonetheless exciting terpenes.

Find the answers to all your questions about the CBN cannabinoid.

See the new prices for all tiers 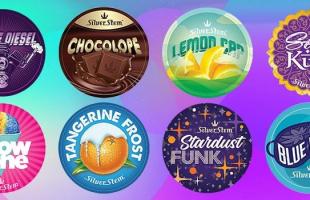