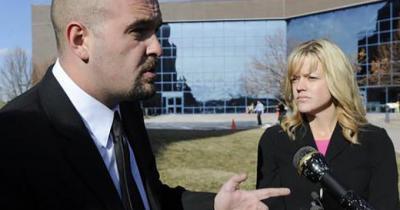 Three licensed users of medical marijuana along with the two owners of the CannaMart dispensary tried to convince an Arapahoe County judge that, by closing the dispensary, the city was trying to use federal law to circumvent state law and that it was trying to ban an entire industry.

"In January 2000, 54 percent of the state's voters approved Amendment 20 to the state constitution," argued attorney Robert Hoban, representing the users and dispensary owners. "No city gets to decide if Amendment 20 is right or wrong. You can't prevent an entire industry from operating within a community."

But attorney Andrew Nathan, representing Centennial, argued before Arapahoe County District Judge Christopher C. Cross that the city had the right to close the dispensary because it violated both local zoning laws and federal drug laws.

"Federal law prohibits the use of the marijuana," Nathan said. "So this dispensary never operated legally. It was located in a B-1 zoning area, which is for general office use that does not permit retail sales."

Igor Kaminer and Stan Zislis opened the CannaMart Wellness Center on East Arapahoe Road near Interstate 25 on Sept. 18, with a retail-sales license it obtained from Centennial five days earlier. The two claim to have served more than 600 patients before the city issued a cease-and-desist letter on Oct. 15.

No sooner did the first witness take the stand for the plaintiffs then Cross stopped the interrogation and asked the witness, Shannon Mosher, a licensed user, if he was aware he was forgoing his Fifth Amendment rights and incriminating himself by admitting he used marijuana.

Cross said he had just received an e-mail from Arapahoe County District Attorney Carol Chambers saying that she plans to review all trial testimony and consider prosecuting admitted users. She also advised the judge that she thinks the use of marijuana for any reason by people on probation violates the terms of their probation and that she may prosecute them.

After examination by the judge, Mosher said he was prepared to continue testifying and that he wasn't worried about being prosecuted. Another witness, Kirsten Lamb, said the same and testified about her use of medical marijuana to treat pain from her multiple sclerosis.

Owner Zislis testified that the business complex they operated out of contained other retail-sales outlets such as a tanning salon, a printer's shop, a dog-grooming shop, a karate gym and a campaign office for U.S. Senate candidate Jane Norton.

Former state Sen. Robert Hagedorn of Aurora testified that he co-wrote and sponsored a property-rights bill — known as the amortization bill — to prevent governments from taking private property without compensation.

"My intent with the legislation was to prevent an overzealous city government from taking property," he said, adding that he respected the city's home-rule rights to have zoning laws.

When asked about shutting down businesses that violated federal law, Hagedorn shot back, "I'm aware that the Congress approved the use of medical marijuana for Washington, D.C., last Sunday."