Terpenes are one of the groups of chemical compounds naturally occurring in the marijuana plant and along with cannabinoids and flavonoids they determine the strain’s smell and flavor, effects and benefits, and other characteristics.

What is Nerolidol Terpene?

Nerolidol also referred to as peruviol and penetrol is a terpene found in tn the cannabis plant as well as other plants. The terpene exists in two geometric isomers - we have trans-Nerolidol and cis-Nerolidol terpene. Nerolidol has a wide range of researched and potential benefits and has been approved by the FDA as a food flavoring agent. It is obtained by extraction from Nerolidol rich plants or synthesized.

Nerolidol Terpene Smell and Flavor. What Is Nerolidol Used For?

Nerolidol is distinguished by its floral, woody and a bit earthy aroma reminiscent of fresh bark which makes it popular in the cosmetics industry, where it can be found in moisturizers, perfumes, topicals. It is also a very popular flavoring agent that you have probably encountered in chewing gums and lozenges.

Where is Nerolidol Found? What Strains Are High in Nerolidol? How to Consume Nerolidol?

To increase your uptake of Nerolidol pick the strains rich in the terpene or use topical products created from such strains.

Nerolidol is not a primary terpene in cannabis plants and you will not find strains where it is predominant as is the case with more common Myrcene, Pinene or Caryophyllene. In fact, the majority of the strains will not contain any Nerolidol but there are some wonderful exceptions to that.

Strains that do contain significant amounts of Nerolidol are:

Blackberry OG. A very calming indica-hybrid that can cause a blissful couch lock.

Jack Herer. One of the most famous strains in the world, this slightly sativa-dominant hybrid is a great creativity booster.

Skywalker OG. A powerful strain with a pungent smell that will leave you relaxed and glued to your couch.

Chem Dawg. A strain that comes in many varieties and is known for offering both the head and body high, as well as the long list of potential benefits.

And you can always visit our Flower section to see the terpene profiles of our strains.

Nerolidol has numerous properties including antioxidant, anti-microbial, anti-biofilm, anti-parasitic, insecticidal, anti-ulcer, skin penetration enhancer, anti-tumor, anti-nociceptive and anti-inflammatory. It is also effective in combating fungi, parasites, spider mites, head lice, and so on, acting as a natural insecticide and protecting the plants.

Antibacterial. The Nerolidol terpene may have the potential to make certain bacteria more susceptible to antibiotics.

Antimalarial. Nerolidol combined with other drugs has shown great efficiency in decreasing the mortality rate in mice infected by the one of the world’s most dangerous diseases that kills almost half a million people a year. Its toxicity is considered not significant.

Anxiety. Nerolidol has potential in reducing anxiety and is often found in the strains that have reported calming effects. The terpene has also shown sedative effects.

Pain Management. The terpene has potential in helping to relieve pain.

Topical Enhancer. Nerolidol may have potential as a skin penetration enhancer for the transdermal delivery of drugs.

Antiulcer. A study has shown that Nerolidol inhibits the formation of ulcers in rats.

Finding the right terpene, or rather a terpene profile is an important part of your cannabis consumption experience. So, learn about terpenes, ask your budtender about the terpene profile of your favorite flower, and find the perfect strain just for you! 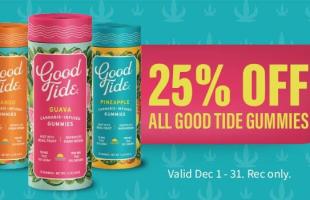 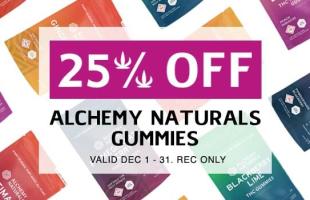 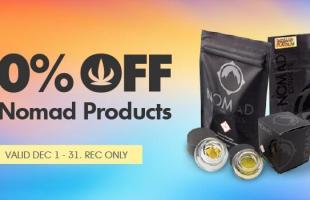 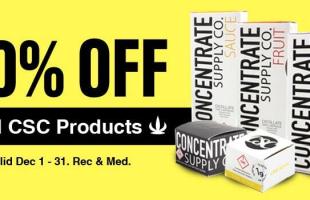