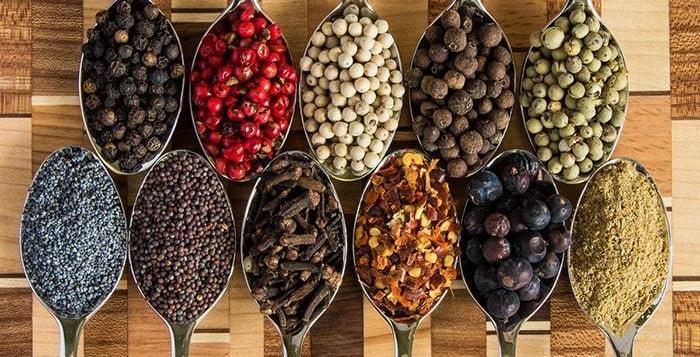 In today’s Terpene Series we will take a look at a rather unique terpene - Caryophyllene.

With more insights into inner workings of cannabis and its compounds, the community is turning towards paying more attention to terpenes, the molecule combinations responsible for the variety of aromas and effects provided by the plant.

In this part of our Series we will talk about an exciting one - the Caryophyllene terpene.

What is Caryophyllene Terpene? What Flavor Is It?

Caryophyllene (pronounced ˌkærioʊˈfɪliːn / ka-riou-fai-len), formally known as Beta-Caryophyllene or β-caryophyllene is a terpene found in numerous essential oils. Its chemical formula is C15H24.

Effects and Benefits of the Cannabis Terpene Beta-Caryophyllene

Caryophyllene is unique in the way that it acts the way cannabinoids do - activating CB2 receptors and thus providing its benefits to the system. Since it does not interact with CB1 receptors it has no psychoactive effects.

The latter basically means that you get all the potential health benefits with no side effects making this terpene a popular subject of studies.

Caryophyllene has been found and reported to help with pain management, spasms, anxiety, depression and even Alzheimer’s and alcoholism. In case of the latter it reduces alcohol intake.

It has also shown potential in combating sleep disorders and boasts antioxidant and anti-inflammatory properties.

What Does Caryophyllene Terpene Do?

Caryophyllene is responsible for a number of flavors in cannabis and other plants - earthy, spicy, and herbal notes are the result of its presence. It is also one of the terpenes responsible for the pungent and diesel smells we associate with cannabis.

Caryophyllene is used as a natural food additive, flavoring, and enhancer and is FDA approved.

It also has preservative properties which are used in beer, and is a common component in various topical products due to its flavor and potential benefits.

Where is Caryophyllene Found?

Apart from cannabis, substantial amounts of Caryophyllene can be found in the following plants or more precisely their essential oils: black pepper, hops, oregano (no wonder scammers often use it as a substitute for marijuana), cloves, basil, rosemary, cinnamon and more.

What Strains are High in Caryophyllene?

Blue Dream. A timeless classic, this hybrid is rich in Limonene, Pinene, and Caryophyllene.

Sour Diesel. The pungent blend of aromas will leave no doubt as to what terpene is predominant in this sativa dominant hybrid.

OG Kush. Another classic hybrid offering the best of both worlds.

Our Flower section shows predominant terpenes for all our strains and has corresponding filters.

Caryophyllene is a unique terpene that has been studied extensively though we still expect to find more of its potential uses and benefits.

Stay tuned to hear more about the amazing world of terpenes and don’t forget to use our newest feature of sorting strains by their predominant terpenes in our Flower section.

To read more from our Terpene series click #Terpenes.