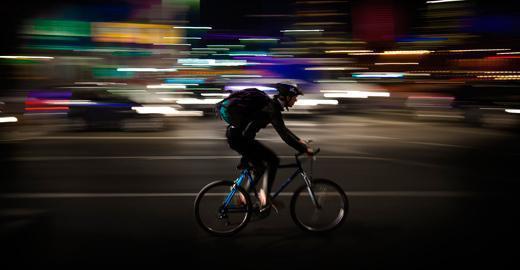 Cannabis Delivery in Colorado - How Will It Work?

It’s been a long and tough road for cannabis legalization in Colorado - from medical cannabis becoming legal in 2000, to becoming the first state to legalize and implement recreational cannabis cultivation, retail, and manufacturing in 2014.

The Colorado cannabis industry still faces numerous restrictions and challenges, some due to the lingering stigma against cannabis, and some due to continued federal prohibition. These challenges that cannabis companies face include obtaining financing, use of credit cards by consumers, delivery not being allowed, and the fact that cannabis consumers still cannot consume in public view.

This is despite the fact that legal cannabis continues to display nothing but upsides: a decrease of cannabis available on the black market, new jobs and employment opportunities, and increased state and local revenue. Cannabis taxation in Colorado provides 3% of the state’s $30 billion budget, which is used for education, health care, drug prevention programs, etc.

The recently passed bill allowing public consumption of marijuana in specialized hospitality establishments will allow consumers to use cannabis in cafes, lounges and other areas and will be exempt from the Colorado Clean Indoor Air Act. This means that combustion will be allowed indoors and consumers can smoke flower inside. Previously under the Clean Indoor Air Act, consumers could only vaporize flower inside since no combustion is involved. This was a huge step forward, as there have been numerous bills addressing the matter in the past, but it took having a Governor amenable to signing the public consumption bill to finally see it passed into law.

In addition to the public consumption measure being passed, Colorado also passed a bill to allow publicly traded marijuana companies. The new law now allows publicly traded companies to own cannabis businesses and cuts back on background-checks for investors. Financial matters are often hard to resolve at the state level. Something that would make an immense difference would be removing cannabis from the list of Schedule I drugs, where it is currently classified, along with heroin and LSD - drugs the federal government maintains have no recognized medical use. This would require action by Congress, and though there are talks about it, nothing is certain at the moment.

Delivery is another hot issue- one that Colorado lawmakers have tried to address repeatedly- and next year we are finally going to see major changes.

Alongside the changes in public consumption law and the state easing the restrictions on investors, these delivery measures will increase consumers’ access to the legal cannabis market in Colorado. This is especially important for homebound medical marijuana patients or those with limited mobility.

Another goal of the delivery measure is to curtail illegal delivery services currently operating throughout the state on social media sites or through the use of online classifieds. A number of these illegal services openly advertise as businesses on Google, and the Marijuana Enforcement Division has been made aware of them, but no enforcement action has been taken yet. That will likely change once a statewide cannabis delivery licensing regime is in place.

Keep in mind that delivery and consumption lounges will likely not be allowed in all municipalities, because local governments have the option to opt out of both.

How Will Cannabis Delivery Work?

There are currently a number of mobile apps offering delivery but they have had their share of trouble with Google, Apple and Facebook, who prohibit the sale of illegal drugs, no matter their legality at the state level, which brings us back to the issue of the federal ban on cannabis. Сannabis shopping apps also hope that software giants will reconsider their views in the future.

However,  most dispensaries that choose to offer delivery will be offering it on their own websites using proprietary or third party systems. As it stands right now, the new law will allow third-party drivers and online ordering in the second year of the new law. The success of delivery and online ordering will require several things - meticulous compliance and experience, plus an easy-to-use website with an integrated delivery service.

Thankfully, at Silver Stem we have both. We have celebrated 10 years in the market and we have an outstanding history in terms of compliance, as well as tons of experience. We have also recently launched our new website and we are among the first to offer the pre-order feature, not to mention the discounts of up to 30% for online orders, alongside our amazing loyalty programs.

With a dedicated staff working in stores and online, we are looking forward to supplying all our customers with their favorite product without the hassle of leaving the house as soon as we are permitted by the law.